The Demise of Abraham Reiss is a collection of nine paintings which were conceived of and executed by his grandson, Jeroen Krabbe, a prominent Dutch actor and artist. Throughout this collection of paintings, the story of Krabbe’s grandfather is told emotionally, and with more than a touch of tragedy. Visitors to the newly established Dutch Holocaust Museum will run the full gamut of emotion as they view the story of Reiss, as depicted in these paintings. Each of these wonderful creations tells a powerful story about the particular event being depicted, and each leaves an indelible impression upon the viewer.

The Abraham Reiss who is the subject of this series of paintings was a Dutch Jew born in 1873, and who was a talented diamond cutter in his early career. He lost everything in the worldwide stock crash of 1929, and his family was forced to move from very comfortable surroundings to lesser accommodations. Reiss and his family came to live at Jekkerstraat, and that sealed his fate, as well as that of his family. Because of their meager means living at Jekkerstraat, they lacked the funds to hide from the Nazis, when the deportations began.

Another well-known Abraham Reiss is the Jewish artist who has a thriving art business online. He has painted a number of scenes involving the beach, fishing and other endeavors on the water, as well as some island scenes. Many of these paintings were inspired by a trip he took to the Caribbean Islands. His work has been featured in numerous galleries around the world, but he is not to be confused with the Abraham Reiss who suffered a much different fate under Nazi occupation in World War II.

Still another Abraham Reiss is a prominent photographer who currently offers his services for weddings, birthdays, and all kinds of special occasions. His work has been universally praised for his keen eye, and his professionalism. In addition to hiring himself out for private engagements, Mr. Reiss does photography for corporate events, fashion photography, and he also photographs public figures for various projects. Based in New Jersey, this Abraham Reiss is also far removed from the horrors of World War II.

Unlike the still-living namesakes referenced above, Dutch Jew Abraham Reiss did not survive the second World War. He was in fact, murdered brutally in the Nazi extermination camp called Sobibor. Sobibor was situated in the far east of Poland, on the border with Ukraine. It took Reiss three full days of train travel to get there after he had been collected in an unanticipated Nazi roundup of Dutch Jews. The first painting in the series shows Reiss in a fine suit sitting in the woods, and it is from a happier time, when his diamond-cutting business was thriving.

One of the paintings was actually based on a photograph which was taken of Reiss, his wife, and their two daughters. The artist Krabbe, used symbolism to great effect in this painting, showing ‘whispers’ of sand to obscure the faces of Reiss, his wife, and one of the daughters. These whispers were meant to signify the approaching death of each of the three family members. The one daughter in the painting not exposed to the sands of death was the mother of the artist himself, who survived the Holocaust. Looking at this painting, it is easy to see the approaching doom, especially as foreshadowed by the brilliant red of the room which lies beyond an open door in the room.

The fourth painting in the series is titled Westerbork, June 23, 1943, and it is a heart-breaking depiction of Abraham’s arrival at the Nazi staging camp of that name. Viewers of this painting cannot fail to be moved by the charcoal representation of Abraham, showing just how fragile he is against the more thickly painted background. Soldiers ominously patrol on the right, and in the deep background, inmates at the camp are already fading into nothingness. As heart-rending as this scene is, worse is yet to come.

The next painting in the series shows Abraham boarding the train which will ultimately take him to Sobibor, the death camp. Others in the painting are deliberately obscured by the whispers of death, but Abraham himself stares at the viewer with his charcoal eyes, under his charcoal hat, and wearing his charcoal suit. Still clinging to his meager possessions, Abraham waits his turn to board the fateful train.

The wreteched, de-humanizing conditions aboard these transport trains is displayed in the next painting. Anyone viewing this painting will be instantly transported themselves into a claustrophobic, unsanitary, and wholly unhealthy environment. As noted in the painting, some individuals died right on the trains, sparing themselves the horror of what awaited them. Reiss himself survived the train trip, and was greeted at Sobibor by several snarling, hungry dogs, as shown in a subsequent painting.

This is only the first shock for arrivals, some of whom were actually bitten and had their flesh rent by these dogs. For the most part, arrivals at Sobibor were terminated within three hours of their arrival, so it wasn’t necessary to sustain them in any way. By the time we see the next painting, Abraham has been forced to strip naked before his captors. This is something he has never had to do before, and he is utterly humiliated. The viewer is struck by the fact that much of the color has been drained from this painting, just as the color is draining from Abraham’s life. Observing the look on Abraham’s face throughout this ordeal, one sees profound sorrow and despair, the precursors of death.

The final painting in this series shows no human subjects, only a group of brilliantly painted red geese at the lower right. It is still highly evocative however, as the viewer notes the smoke billowing from the Sobibor gas chamber. All the Jews who had arrived at the camp with Abraham are now inside the gas chamber, being converted into smoke and ash. The geese are painted red to illustrate the blood which has been shed, and their function is to mask the cries of anguish from those inside.

Both private citizens and professionals like writers and other artists have already been deeply moved by this collection. Author and artist Chloe Hyman found it very difficult to write about, simply because each canvas was so emotionally charged. Her purpose in writing a review of the collection was the same as the artist’s who painted them. She recognized that Abraham Reiss had been de-humanized and stripped of his identity by the process he was forced to undergo by the Nazis. She wants the whole world to help restore Abraham’s identity, and to make him human again, at least in memory.

SEND ME A MESSAGE 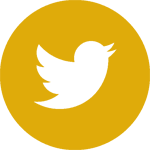